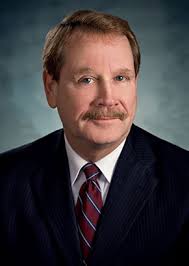 OCA has asked leave to file an Amicus Brief in the case of DW Aina Lea Development vs. State of Hawaii Land Use, currently before the Hawaii Supreme Court.  The Brief, authored by OCA Member Robert Thomas, can be read in full here.

The question presented before the Hawaii Supreme Court is the applicable statute of limitations for regulatory takings claims under the Hawaii Constitution’s “takings or damagings” clause. The case started out in a Hawaii state court, was removed to the U.S. District Court by the State Land Use Commission. The district court dismissed the state takings claim under the statute of limitations.

Hawaii has not adopted a statute of limitations expressly for takings or inverse condemnation claims. Thus, the question is what is the closest analogue claim. If there isn’t one, Hawaii has a “catch all” statute (six years) for civil claims. When the case reached the Ninth Circuit, that court certified the state law question limitations to the Hawaii Supreme Court.

Our OCA brief argues that the closest analogue to a regulatory takings or inverse condemnation case is adverse possession (which is the majority rule, nationwide). And, we also argue that the tort statute of limitations (2 years) is not applicable because a takings claim does not seek recovery for “damage or injury to . . . property.” 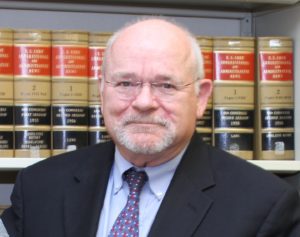 OCA Member Robert Thomas seeks to alert all property owners in his recent posting on the impact of the U.S. Supreme Court’s recent landmark decision in Knick v. Township of Scott:

Heads up, property owners: last week the U.S. Supreme Court issued a landmark ruling changing
the way property rights lawsuits have been handled for the last thirty years. In Knick v. Township of
Scott, the Court allowed property owners who sue to enforce their federal right to compensation because a municipal government has taken their property in violation of the U.S. Constitution’s Fifth Amendment by overregulating its use, to bring the lawsuit in federal court.

You might reasonably ask: how could it be that since 1985, property owners who alleged a federalconstitutional violation were barred from suing in federal court? Well, the lawyers in our firm’s Land Use Practice Group who represent property owners in these type of cases had long asked the very same question. The details of why the Supreme Court—in the case Williamson County Regional Planning Commission v. Hamilton Bank (1985)—had barred federal takings plaintiffs from federal court are not terribly important, and it is sufficient to understand that until Knick, these kind of claims had to be raised exclusively in state court. No other federal constitutional right was subject to this requirement, only federal property rights. Williamson County assigned to state judges and state courts the exclusive responsibility for enforcing the federal constitutional right to own and use private property. In Knick, the Supreme Court revisited theWilliamson County prohibition on federal court, and overruled it. (Read More)

Congratulations to the Pacific Legal Foundation for winning a big property rights case today! In 2013, Rose Knick was forced to allow public access to a suspected gravesite on her ranch. Ms. Knick  sued over the unconstitutional property taking, but a federal court refused to hear her federal claim citing the 1985 Supreme Court decision Williamson County. Ms. Knick went all the way to the U.S. Supreme Court  seeking to overturn this precedent so property rights would be treated the same as  other constitutional rights, like due process and free speech. In a major ruling announced today, the Supreme Court has agreed that the Williamson County precedent should be overturned. This is a major victory for property owners nationwide. OCA filed an Amicus Brief in the Knick case to support Ms. Knick’s legal position.

Thor Hearne, a parter at Larson O’Brien and perhaps the best known lawyer specializing in Rails to Trails litigation recently filed another lawsuit in the Federal Court of Claims on behalf of 150 landowners whose property is part of an eight-mile rail corridor that will be used to expand Sarasota’s “Legacy Trail.” Despite the fact that in the last 10 years the federal government has had to pay millions to property owners to convert railroad beds into recreational trails, the Department of Justice continues to fight these cases. “It’s crazy for DOJ to contest these cases,” Hearne said. “Why do they keep fighting them?” Great question.

Over the last 40 years, more than 8 million babies have been born through the miracle of in vitro fertilization, creating new love and new families.
But when couples split, what happens to the embryos? Is this a property rights issue or someting else? It’s not an easy question to answer. Connecticut would benefit from a law that provides
guidance. In the meantime, the Connecticut Supreme Court has that question before it. See OCA Member Dwight Merriam’s recent Article on this controversial topic in the Hartford Courant.