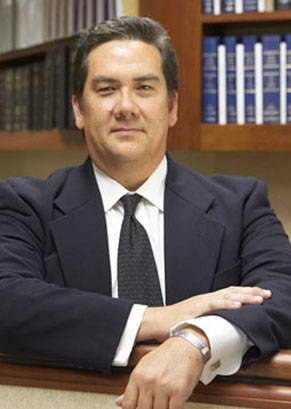 Robert H. Thomas is a director with Damon Key Leong Kupchak Hastert in Honolulu, Hawaii. He specializes in property and land use issues including eminent domain, inverse condemnation, regulatory takings, property rights, water rights, and voting rights. He has tried cases and appeals in Hawaii, California, and the federal courts, including the Court of Federal Claims. On behalf of landowners in Hawaii and nationwide, Robert appears as counsel for amici curiae (“friends of the court”) before state appellate courts, state supreme courts and the U.S. Supreme Court.

Robert serves as the Chair of the American Bar Association’s Section on State & Local Government Law. He is the Managing Attorney for the Pacific Legal Foundation’s Hawaii Center, a public interest legal foundation dedicated to defending private property rights and individual freedom. He has also been appointed by William & Mary Law School to the Brigham-Kanner Property Rights Conference Advisory Board and serves as a Planning Co-Chair and Faculty Member of one of the American Law Institute’s longest running legal education programs on eminent domain and land valuation litigation. Robert is frequently invited to speak on land use and eminent domain issues in Hawaii and across the country and regularly publishes scholarly papers and articles on this area of the law. He authors a widely-read blog on land use, property, and takings law, inversecondemnation.com, and his commentary on property rights issues is often quoted in the media.

A complete list of reported cases in which Robert has been involved, is available here.

Below is a select list of the many presentations Robert has recently given on land use and eminent domain. For a complete listing, including upcoming events and speaking engagements, visit here.

Robert regularly publishes scholarly and practical articles on property rights and takings law and his most recent publications include those listed below. For a full list, please visit here.