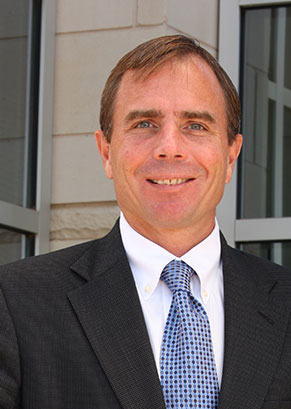 George B. Autry, Jr., has been practicing in Raleigh, North Carolina since 1991. For over the past twenty years, he has practiced exclusively in the area of eminent domain and has limited his eminent domain practice to representing private property owners since 1999.

George has tried condemnation jury trials in every corner of the state and has secured dozens of multi-million dollar verdicts and settlements for North Carolina landowners. His career includes trials and settlements of virtually every type of eminent domain case, including condemnations of shopping centers, golf courses, gas stations, hotels, mining and manufacturing facilities, office and residential condominiums, farms, schools, churches, and automobile dealerships. George regularly represents clients against the North Carolina Department of Transportation, the City of Charlotte, the Triangle Transit Authority, and Duke Energy Progress. He has tried over a dozen multi-million dollar land condemnation cases to favorable jury verdicts, resulting in awards greatly in excess of the condemnor’s estimated just compensation. George together with his wife and law partner, Stephanie Autry, have won the two largest condemnation judgments in NCDOT history.