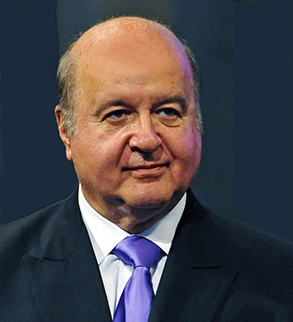 The William & Mary Property Rights Project recently announced that Peruvian economist Hernando de Soto, president of the Institute for Liberty and Democracy (ILD), will receive the 2016 Brigham-Kanner Property Rights Prize at the 13th annual Brigham-Kanner Property Rights conference October 2016.  The Property Rights Project also announced its cooperation with the Grotius Centre for International Legal Studies of Leiden Law School and plans to host this years event in The Hague.  Hernando de Soto has been recognized across the globe for his work along side his colleagues at the ILD think tank in designing and implementing legal reform programs to empower the poor in Africa, Asia, Latin America, the Middle East, and former Soviet nations by granting people access to the same property and business rights, as well as the institutions and tools needed to exercise those rights and freedoms, that the majority of people in developed countries have.  He is the recipient of numerous awards including The Milton Friedman Prize, The Templeton Freedom Prize, the Bradley Prize, and The Economist Magazine’s Innovation Award.  Time magazine selected de Soto as one of the five leading Latin American innovators of the century in the May 1999 issue “Leaders for the New Millennium”, and included him among the 100 most influential people in the world in 2004.

Mr. de Soto is the author of The Mystery of Capital: Why Capitalism Triumphs in the West and Fails Everywhere Else (Basic Books, 2000), The Other Path: The Economic Answer to Terrorism (Basic Books, 2002), which includes a new updated preface, “The Other Path after Ten Years,” and Swiss Human Rights Book Volume 1: Realizing Property Rights (2006), co-authored with Francis Cheneval.  De Soto’s ideas have been written and discussed by economists, humanitarians, politicians and legal scholars.  He has been featured in The World’s 12 Most Important Economists (Die zwölf wichtigsten Ökonomen der Welt, 2007).

The Property Rights Conference and Prize have been named in honor of Toby Prince Brigham and Gideon Kanner for their lifelong contributions to protecting private property rights.  Recipients of the prize include legal scholars, practitioners or jurists whose work affirms the fundamental importance of property rights to individual liberty.

The Hague will be the second international venue that has hosted the Property Rights Conference.  In 2011, the Conference was co-sponsored and hosted at Tsinghua University School of Law in Beijing, China.