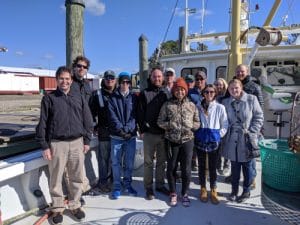 OCA joined the Pacific Legal Foundation recently in filing an Amicus Brief in a case before the Virginia Supreme Court entitled Johnson v. City of Suffolk. This case involves a claim by Virginia oystermen that the City of Suffolk and a Sanitation District knowingly operated a sewage and stormwater system in such a way as to discharge wastewater into the Nansemond River, invading oyster beds being leased by the oystermen from the state for the express purpose of oyster cultivation, thereby damaging and taking the oysters—their private property—without compensation. The oystermen are being represented by the law firm of Waldo & Lyle out of Norfolk, Virginia.  From a lower court decision finding the oystermen’s claims were superseded by the right of localities to pollute freely pursuant to Darling v. City of Newport News, 249 U.S. 540, 543 (1919), the case is now before the Virginia Supreme Court. The issue to be decided is: Can a municipal entity evade liability under Article I, Section 11 of the Virginia Constitution after discharging wastewater from its public sanitation system into the Nansemond River, destroying privately owned oysters on sections of riverbeds leased from the Commonwealth for the express purpose of oyster cultivation?   Stay tuned for the decision. A copy of OCA’s Amicus Brief filed on behalf of the oystermen can be accessed here. 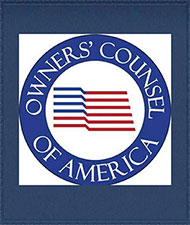 In one of the first comprehensive court opinions on an issue of national interest, the Pennsylvania Supreme Court rejected business owners’ challenges to the recent shut down orders issued by Governor Tom Wolf in response to COVID-19 on various legal grounds. Ruling that the orders were supported by a compelling public health rationale and were not a regulatory taking of property because they were temporary in nature, the court upheld them. For a full review and analysis of the opinion, click here.

Can the Government Commandeer My Hotel to Fight COVID-19? 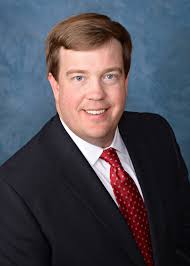 OCA Affiliate member Ivy Cadle of Baker Donelson asks in his recent posting, “With the COVID-19 pandemic in full swing, can the government take private hotel rooms to expand the capacity to care for individuals with or exposed to the virus?” Governmental entities at every level are taking unprecedented steps to fight the COVID-19 pandemic as they work to slow transmission of the virus and to prevent health care facilities from reaching overcapacity. Given that many health care facilities are nearing capacity already, it is easy to envision a world where governmental entities could appropriate private property to help respond to the crisis until the efforts are able to “flatten the curve.” The federal government has already taken the formal steps to allow the appropriation of private property. When President Trump declared a national emergency under the Stafford Act on March 13, 2020, he authorized the administrator of the Federal Emergency Management Agency (FEMA) to exercise the right of eminent domain to acquire both physical facilities and supplies. Even though FEMA is required to compensate owners, the Stafford Act also allows for an immediate right of possession. Accordingly, FEMA could immediately appropriate buildings, land, food, medicine, testing supplies and medical equipment, parts, fuel, etc. Read more.

On March 13, 2020, President Trump declared a national emergency under the Stafford Act in an effort to combat the spread and transmission of COVID-19 (commonly referred to as the coronavirus). Relevant to property owners across the country, the Stafford Act allows the administrator of the Federal Emergency Management Agency (FEMA) to exercise the right of eminent domain to immediately acquire, not only the physical facilities it needs (like buildings and land), but also supplies, such as medicine, food, equipment, respirators, and other parts and supplies. In short, the Stafford Act gives FEMA broad eminent domain powers to take what is necessary to address this national emergency. Below are three recent postings by OCA members concerning the potential consequences of such actions on the statutory and constitutional protections afforded property owners who may be subjected to the power of eminent domain under the Stafford Act. While we must all try to protect each other from the spread of COVID-19, it is important that those facing the potential taking of their property and property rights to fight this pandemic are properly counseled and represented by attorneys experienced in eminent domain takings.  OCA lawyers are the leading eminent domain lawyers in the country who are dedicated to the defense and protection of private landowners nationwide. Katie Gray: “Condemnation and COVID-19: When National Emergencies and Eminent Domain Collide” Anthony DellaPelle: “Can The Covid-19 Pandemic Allow the Government to Seize My Property?” Robert Thomas: “Emergencies, Police Power, Commandeering, And Compensation: Essential Readings” No Severance Damages for You, You Have a Special Benefit by OCA Member Mike Rikon In his Condemnation and Tax Certiorari column, OCA New York Member Michael Rikon discusses partial acquisitions in condemnation cases and writes: “Within the area of consequential damages, we must explore, not only the loss in value suered by the remaining property, but the possible benefits to that remainder which are the result of the improvement for which the part taken was acquired. To further complicate things, the question arises, do we consider special benefits to the remainder as distinguished from general benefits? Read more here. The Nebraska Supreme Court has affirmed the decision of the Nebraska Public Service Commission’s (PSC) to approve a route through Nebraska for the XL Pipeline, completing one of the final steps before construction of the controversial project can begin. A copy of the full decision can be read here. The project plan is to bury a 36-inch crude oil pipeline from Alberta, Canada to Southern Nebraska. First announced in 2008, it has remained the focus of controversy and litigation for eleven years.  During that time, the project underwent two route changes through Nebraska, after acquisition of a majority of the needed corridor easements had already occurred. Several condemnation actions were dismissed as premature, until a final route was approved. In  2017 the PSC, an administrative regulatory body with the power to determine whether a major oil pipeline route is in the public interest, approved a route. Transcanada had requested approval of its second proposed route, but that route met with substantial opposition. In November, 2017,  the PSC approved a different route, closely paralleling the route of Transcanada’s earlier Keystone pipeline.  A number of farmers and ranchers along the approved route, joined by several native American tribes and environmental groups, appealed the PSC’s decision to the Nebraska Supreme Court. Although the appeal was thought to be placed on the fast track, over a year and a half later, the Nebraska Supreme Court finally entered its unanimous ruling. Rejecting the appellants’ various arguments, the court held that the question of whether a […]

OCA has asked leave to file an Amicus Brief in the case of DW Aina Lea Development vs. State of Hawaii Land Use, currently before the Hawaii Supreme Court.  The Brief, authored by OCA Member Robert Thomas, can be read in full here. The question presented before the Hawaii Supreme Court is the applicable statute of limitations for regulatory takings claims under the Hawaii Constitution’s “takings or damagings” clause. The case started out in a Hawaii state court, was removed to the U.S. District Court by the State Land Use Commission. The district court dismissed the state takings claim under the statute of limitations. Hawaii has not adopted a statute of limitations expressly for takings or inverse condemnation claims. Thus, the question is what is the closest analogue claim. If there isn’t one, Hawaii has a “catch all” statute (six years) for civil claims. When the case reached the Ninth Circuit, that court certified the state law question limitations to the Hawaii Supreme Court. Our OCA brief argues that the closest analogue to a regulatory takings or inverse condemnation case is adverse possession (which is the majority rule, nationwide). And, we also argue that the tort statute of limitations (2 years) is not applicable because a takings claim does not seek recovery for “damage or injury to . . . property.” On Friday, July 26th from 2:00 p.m. to 2:30 p.m. ET the Land Use Committee of the ABA’s Section of State and Local Government Law is sponsoring a free (for Section members) informal webinar about the latest in takings law:Knick Picking Regulatory Takings: Did the Court Right a Wrong, or Wrong a Right? OCA presenters Dwight Merriam (featured to the left) and Robert Thomas (featured below) will discuss reaction to the decision — which has been as divided as the Court. Was this the conservative justices having their way? Is it a right versus left issue? Did that baby, stare decisis, get thrown out with the old ripeness bathwater? Will the federal courts become a forum resembling a small town zoning board of appeals, buried in trivial cases to the detriment of more important issues on the docke In this fast-paced half-hour, the presenters will ripen the ripeness problem for you, poke about the entrails of the decision to conjure up its true meaning, offer up a doyens’ debate on other pundits’ prognostications, and preview the in-depth program which will be held at the upcoming ABA Annual Meeting in San Francisco (Thursday, August 8, 2019). For more details about the webinar, read Robert Thomas’ Inverse Condemnation Blog here. Knick v. Township of Scott(June 21, 2019) overruled the 34-year-old precedent in Williamson County requiring that federal takings claimants seek compensation in state court before being allowed to proceed in federal court.