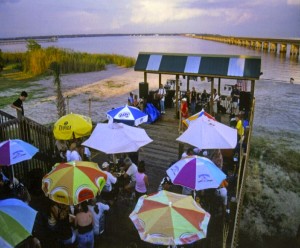 The view from the back of Dan B’s busy restaurant overlooking the deck and Bay St. Louis before Hurricane Katrina. 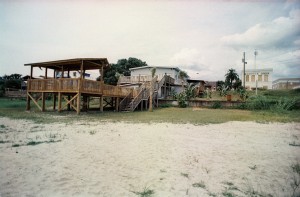 Dan B’s deck and restaurant as viewed from the water’s edge the day before Katrina made landfall (Aug. 28, 2005).

Brothers Kenneth, Ray and Audie Murphy sought out an experienced eminent domain and property rights attorney to assist them in their legal claims against the government. They retained OCA Mississippi Member Paul R. Scott of the firm of Smith, Phillips, Mitchell, Scott & Nowak, LLP to file an inverse condemnation suit on their behalf.

Trial began on Tuesday August 12, 2014 in Hancock County, Mississippi. On Monday, August 18, the jury returned a verdict in favor of the Murphys and against the State of Mississippi in the amount of $644,000.00 for the taking of their property. The State never made an offer of compensation for their property. 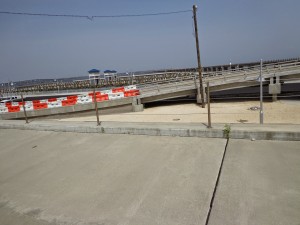 The view from the Murphy property in the “after condition” as construction was ongoing on the harbor (background) and access bridge (foreground).

The case is Murphy v. State of Mississippi, et. al., Cause No. 12-0453 in the Circuit Court of Hancock County, Mississippi.

*Updated 8/20/14 to include the images above of the Murphy property involved in this inverse condemnation action.