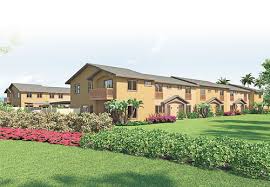 Developer Bridge Aina Le‘a, LLC, purchased a large tract of land in Hawaii  to build hundreds of new homes. Before the company ever got the chance, however, the Hawaii Land Use Commission re‐​designated the land for agricultural use, effectively preventing any  residential development from occurring. Bridge Aina Le‘a sued asserting its constitutional right against an uncompensated taking of its’ property. After an eight day trial, a jury found the Commission’s actions to be a 5th Amendment taking under the standards enunciated in both Lucas v. South Carolina Coastal Council, 505 U.S. 1003 (1992) and Penn Central Transp. Co. v. City of New York, 438 U.S. 104 (1978). The Ninth Circuit reversed, however, in an opinion which effectively eliminates property owners’ ability to recover for temporary regulatory takings of property. OCA has filed an Amicus Brief on behalf of the property owner on a Petition for Writ of Certiorari before the U.S. Supreme Court in this important regulatory taking case, which can be read here.