Congratulations Institute for Justice for Your Win in CRDA v. Birnbaum 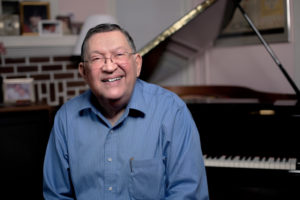 OCA Member Dana Berliner and the Institute for Justice received a great victory for the Birnbaum family recently in CRDA v. Birnbaum. A New Jersey appellate court ruled that the state’s Casino Reinvestment Development Authority (CRDA) could not use eminent domain for the purpose of seizing private property in order to “bank” it for a possible future use. The appellate court upheld the trial court’s 2016 decision concluding that there cannot be a public use unless CRDA can provide “evidence-based assurances that” it will use the land for a project that “would proceed in the reasonably foreseeable future.” Since it could not do so, the case was dismissed.

In the case, CRDA sought to condemn the Birnbaum’s private home even though “[a]t the time of the [trial court] decision under review, the CRDA had no specific redevelopment plans under consideration for the Project; it had not issued a request for proposals (RFP) to prospective developers, and no developer had committed to redeveloping within the Project area.” Nevertheless, CRDA claimed that “it is statutorily entitled to bank land for future public use, without any temporal limitation.”