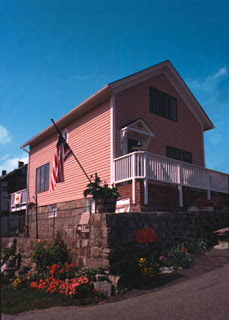 Host, Sean Hannity, referring to eminent domain as “very important to [him],” pointed out that 7 property owners, including Suzette Kelo, spent 10 years of their lives defending their homes against the City’s attempts take them using eminent domain and, in the end, lost their battle in the halls of the Supreme Court. Since the Kelo decision, over $78 million has been spent and almost 4 years have gone by without any real sign of development. In fact, the area where 78 families once lived in their respective homes remains vacant and barren.

Hannity continued the discussion by reminding viewers of the many private property owners who fought similar battles against the government. When Hannity and his former co-host, Alan Colmes, began uncovering the eminent domain abuses of the government on national television, the stories of many affected property owners, like New Jersey resident and WWII veteran, Johnnie Stevens, and the home owners in Riveria Beach, Florida were told. By telling these stories, Hannity and Colmes helped to make the topic of eminent domain a household conversation.

To view the video of Hannity’s January 28, 2009 interview with Suzette Kelo and Jeff Benedict click here.

Benedict’s “Little Pink House” tells the story of Suzette Kelo and her neighbors through their long legal battle to protect their properties. It can be purchased at Amazon.