NY Senate hearing on eminent domain: Should Avatar be required viewing for all NY Senators? 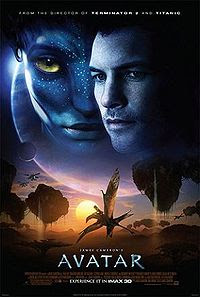 OCA Member and New York eminent domain attorney, Michael Rikon was invited by Senator Perkins to speak at yesterday’s hearing. The transcript of his testimony is provided below. Mr. Rikon makes a compelling argument in favor of reforming New York’s eminent domain procedures, employing the recent blockbuster film Avatar as an analogy for how eminent domain works in New York State. Additionally, Rikon argues that NY’s Eminent Domain Procedure Law adopted in 1977 “requires drastic revision and should include the right to a jury trial, something that exists in the other 49 states.”

Thank you Senator Perkins for your kind invitation.

Avatar is a fantastic movie, but I wonder if I am the only one who left the theater thinking that it was a story about eminent domain abuse.

Maybe it is because I have been handling condemnation cases for 41 years, or maybe it was Parker Selfridge, the character, who explains why it is necessary to evict the Navi from their home site on Pandora. “This is why we’re here, because this little gray rock sells for 20 million a kilo.”

Perhaps, it was something Jake Sully said, “they’ve sent us a message. . . that they can take whatever they want. Well, we will send them a message. That this … this is our land.”

To me and, unfortunately, I have seen this time and time again, this is how eminent domain works in New York.

If we substitute Mayor Bloomberg, or Bruce Ratner, or Columbia University for Parker Selfridge and substitute Daniel Goldstein, Jerry Antonocci, Bart Didden, or Nick Sprayregan for Jake Sully, one can understand the analogy.

Too bad the New York Times can’t see it. In an editorial, it called the decision of the Appellate Division, First Department in the Columbia University proposed condemnation, misguided. The newspaper called the opinion “a weakly reasoned decision” which was “completely out of step
with eminent domain law.”

I read the editorial several times and could not find any disclosure that the New York Times owns half of the building with Forest City Ratner (see fn. 1) where its headquarters is located on 8th Avenue between West 40th and West 41 st Street. It is outrageous that the newspaper that boasts it publishes, “all the news that is fit to print” would be so dishonest and biased in favor of taking private property to give to another owner and fail to disclose such a conflict.

Kaur v. New York State Urban Development Corporation, the December 3, 2009 decision held that “the record overwhelmingly establishes that the true beneficiary of the scheme to redevelop Manhattanville is not the community that is supposedly blighted, but rather Columbia University, a private elite education institution. These remarkably astonishing conflicts with Kelo (Kelo v. City of New London) on virtually every level cannot be ignored, and render the taking in this case unconstitutional. ”

This is the same New York State Urban Development Corporation that condemned and evicted the private owners for the New York Times headquarters.

I also found it strange that a newspaper would fail to comment on the “evidence raising questions of bad faith and pretext” regarding the New York State Urban Development Corporation’s failure to comply with the Freedom of Information Law. Can you imagine what the Times would do if one of its F.O.I.L. requests were subject to bad faith and pretext?

The New York State legislature must curb this power and should start with the creation of an eminent domain commission to study and revise the law, something recommended long ago by a blue-ribbon committee created by the New York Sate Bar Association.

Blight must be defined and not left to an abstract definition to be filled in by a hired gun.

Public use must be re-defined to mean what the United States and New York State constitutions intended.

The legislature must join the 43 other states that already curbed Kelo v. City of New London.

Public authorities and public benefit corporations must be accountable for their decisions to exercise the power of eminent domain.

The Eminent Domain Procedure Law adopted in 1977, requires drastic revision and should include the right to a jury trial, something that exists in the other 49 states.

fn 1 The developer of the Atlantic Yards project.

Rikon is not alone is seeing the correlation between Avatar and eminent domain. Stephen Kinsella writes in his 12.21.09 commentary Avatar is Great and Libertarian, “at its core it was very libertarian: it was about a group of people (the Na’vi) defending their property rights on the world Pandora from aggressors.” Kinsella further argues against opposing commentaries, “the plot is about property rights. In particular, the property rights of the Na’vi, in an established tree-city that they have clearly homesteaded…They [the Na’vi] even have a sophisticated homesteading technique worked out for ownership of the wild.”