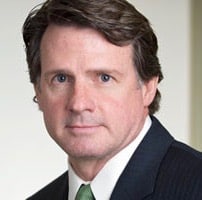 A Baltimore couple are at the center of an eminent domain dispute involving the redeveloment of the Poppleton neighborhood, fighting to preserve their home from being taken along with 500 other homes and lots included in a planned redevelopment being pursued by the city and a New York developer. The Eaddy family has owned their home since 1992 and Sonia Eaddy has spent years working as a community leader and volunteer in the neighborhood.  After a devastating fire in 2012, she rebuilt her home and does not want to leave.  Represented by OCA member Joseph Suntum, the Eaddys are arguing that the developer doesn’t have financing for his plans involving their property, and that though the redevelopment dates back some 15 years, hardly anything tangible has been realized from the efforts thus far, making the demolition of the Eaddy house unnecessary. Although a judge has ruled that the city has the authority to take the property, the Eaddy family has vowed to press on and appeal the matter. To learn more about the background of this case click here to read a recent article in the Washington Post.