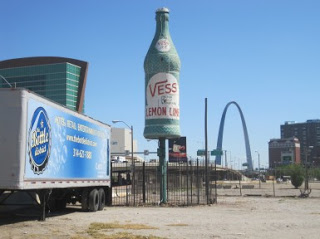 KMOX.com reports that just compensation has finally been paid to St. Louis property owner Bill Simon for the 2 acre commercial property he owned in the Bottle District of downtown St. Louis. In 2005, the Land Clearance and Redevelopment Authority (LCRA) seized Mr. Simon’s land by eminent domain for the purpose of redevelopment.

The city valued Simon’s property at $1.2 million, however, the property owner and his appraiser valued the property at $3.6 million. Mr. Simon’s attorneys, Robert Denlow and Paul Henry, argued the case before a jury in July 2008. The jury verdict awarded Mr. Simon $2,871,200, an increase of approximately $1.6 million over what he had initially been offered. A judgment was entered against the LCRA requiring the city agency to pay the verdict amount plus $317,427 in pre-trial interest and $475 per day in interest thereafter. The LCRA appealed and an appellate court upheld the verdict. On March 23, 2010, the Missouri Supreme Court declined to hear the LCRA’s final appeal. In the KMOX report referenced above, Simon’s attorney, Bob Denlow, has indicated that the city of St. Louis and Clayco Construction have now paid the amount of just compensation awarded by the jury, plus interest, totalling $3.5 million. (See our previous posts related to this story here and here.)

The property, which spans an entire city block just north of the Edward Jones Dome in downtown St. Louis, was to be given to developer Clayco Construction for its planned $226 million entertainment destination complex. When the economy soured, the project stalled. Today, Simon’s former property is an empty lot guarded by a giant bottle of Vess Soda (see KMOX photo above). Plans for the Bottle District entertainment area and complex remain undetermined.

Disclosure: Robert Denlow is the Missouri Member of OCA.

Update: See also STLtoday.com 7/24/2010 article: Former land owner finally gets check in Bottle District case. This article discusses the fact that the delay in payment by the City (through the LCRA, its agent) to the former property owner was partly due to the City’s insistence that the compensation to the property owner would be paid upon receipt of same from the developer. However, as attorneys Denlow & Henry have insisted the responsibility for paying just compensation for the taking of private property rests with the City as the authority exercising eminent domain.

Denlow said that he recently targeted the city and the assets of the LCRA, suggesting that that had prompted the payment.
Ultimately, the city could not avoid payment by saying that the benefits of the condemnation went to the Bottle District developers, he said.
“Legally, the city owed the money because it’s the city that did the condemnation and it’s the city that turned the property over to the developer,” Denlow said.
City officials could have protected themselves by ensuring that the developer had a letter of credit or some type of bond, he said.
“The real lesson is that the city should not partner up with a developer unless the city is fully protected,” he said. “At the end of the day, the taxpayers were liable.”