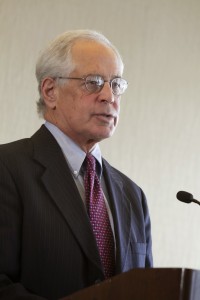 In a ceremony February 7, 2015 at the Nikko Hotel in San Francisco, OCA recognized Professor David L. Callies, the Benjamin A. Kudo Professor of Law at the University of Hawai‘i William S. Richardson School of Law, for his lifetime of scholarship addressing land use, eminent domain, takings law and private property rights.

Annually, OCA identifies an individual who has made a substantial contribution toward protecting the civil right of private property ownership and presents that individual with the Crystal Eagle Award.  We are honored to recognize David Callies with the 2015 Crystal Eagle Award for his work concerning property rights, land use regulation and takings law.

Richardson Law School Dean Avi Soifer said, “It is wonderfully fitting that David Callies has been honored in this way. He has been a standout teacher and scholar at our Law School for decades during which he has informed, challenged, and creatively provoked a generation of our students.” Soifer added, “David continues to do that and much more for the Law School as well as for many members of the larger community.”

A prolific writer, Callies has authored or co-authored 20 books and over eighty articles on topics relating to real property law, takings law, and land use and development in both the United States and Asia. In 2007, his book Taking Land: Compulsory Purchase and Land Use Regulation in the Asia-Pacific (with Kotaka) (U.H. Press, 2002) was republished in Japanese. Additionally, his book, Land Use Controls in the United States is published in both Japanese and Chinese.   He authored the article “Takings, Physical and Regulatory,” addressing the use of U.S. property law precedents by Hong Kong’s highest court that was published in a special 2007 edition of the Asia Pacific Law Journal to commemorate the 10th anniversary of Hong Kong’s establishment as a special administrative region of China. 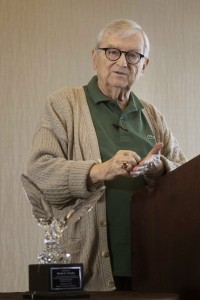 Beyond his written scholarship, Callies has delivered endowed lectures at Albany Law School and John Marshall Law School, presented at the Brigham-Kanner Property Rights Conference at William & Mary Law School, and lectured on land use issues in Japan, China, and Korea. He recently served as co-chair and lecturer at Touro Law School’s symposium commemorating the 40th anniversary of The Takings Issue, a book Callies coauthored with Fred Bosselman and John Banta in 1973. He is a regular speaker at annual conferences presented by the American Law Institute, and the American Planning Association.

Gideon Kanner, Professor Emeritus, Loyola Law School, and Robert H. Thomas, a director with Damon Key Leong Kupchak Hastert in Honolulu, introduced Professor Callies and presented the award. Thomas is the Hawai’i representative of OCA and a 1987 graduate of the William S. Richardson School of Law. 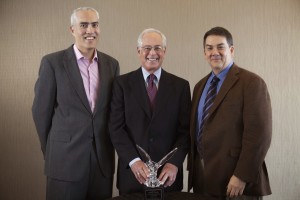 “The Owners’ Counsel of America sought to honor David Callies for his scholarship, which has evolved over the last 40 years to highlight the importance of private property rights in takings law,” said Thomas. “David has become an abiding voice in support of the constitutional right of property, and a fearless and outspoken critic when property rights are not given appropriate recognition. For example, in a recent article, he noted that the Hawai‘i Supreme Court’s 1993-2010 track record on private property rights was ‘appalling,’ and hoped the current court would reverse that trend.”

“In addition to his work researching, thinking and writing about property and takings law, we are grateful to Professor Callies for educating and mentoring new generations of lawyers, and for showcasing the relationship between property rights and individual liberties,” Thomas added.