February 7, 2013, Jacksonville, FL — The Owners’ Counsel of America welcomed two new member-attorneys in January.  Anthony H. Misseldine, Esq. of Jackson White, P.C. in Mesa joined as the Arizona representative and Joseph P. Suntum, Esq. of  Miller, Miller & Canby in Rockville joined as the Maryland representative of OCA.  Mr. Suntum succeeds his partner, James L. Thompson, Esq., who has been named an Emeritus Member of the association.  Owners’ Counsel of America is a network of the country’s most experienced eminent domain and property rights attorneys focused on representing landowners in condemnation and related litigation.  OCA-affiliated attorneys are located in 38 states nationwide. 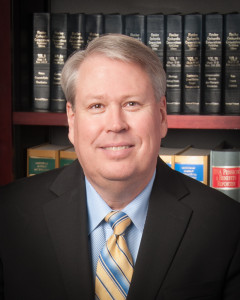 Tony Misseldine has recently joined the Owners’ Counsel of America as the Arizona representative.

Tony earned his Juris Doctor, cum laude from the Northwestern School of Law at Lewis and Clark College and his bachelor’s degree in business finance from Brigham Young University.  Following graduation from law school in 1987, he was admitted to the Arizona bar and began practicing law in the Phoenix area.  He joined Jackson White in 2011 as a shareholder.  He is licensed to practice before the Supreme Court of Arizona, U.S. District Court for the District of AZ, and the U.S. Court of Appeals, Ninth Circuit. Throughout his career, Tony has tried numerous contested condemnation matters and has secured several multi-million dollar awards for his eminent domain clients.

Arizona property owners might know Tony from his contributions to the column, Your Home in the Law, featured in the Arizona Republic. This column, authored by Tony and his fellow Jackson White attorneys, addresses legal issues Arizona homeowners may face. He is a regular presenter at CLE conferences and before landowner, commercial, industrial and agricultural groups on property rights and eminent domain. He also authors the Jackson White eminent domain blog which discusses topics affecting landowners’ rights including condemnation, legislation, recent appellate opinions and property tax assessments and appeals. 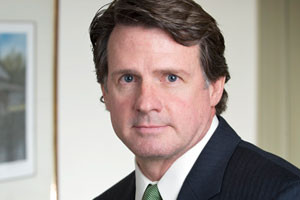 Joe Suntum has succeeded his partner, Jim Thompson, and will represent Maryland in the Owners’ Counsel.

Joseph (“Joe”) Suntum focuses his practice on the representation of property owners throughout Maryland and the District of Columbia in eminent domain and inverse condemnation litigation.  He also practices in the areas of real estate litigation, complex business litigation and appellate advocacy.  Joe is among the few exceptional trial lawyers who have successfully tried both murder cases and multi-million dollar civil actions.  He has also successfully argued numerous appeals before the Maryland courts of appeal.

Joe received his bachelor’s and Juris Doctor from the University of Maryland.  Following law school, he clerked for the Honorable Elsbeth Levy Bothe in the Circuit Court for Baltimore City.  Before joining Miller, Miller & Canby, he served four years as an Assistant Public Defender for Montgomery County.  Joe is a member of the American Bar Association, the Maryland Bar Association, and the Bar Association of Montgomery County for which he served as Secretary, 1995-1996 and on the Executive Committee, 1997-1999.

“We are pleased to welcome Tony Misseldine and Joe Suntum and look forward to assisting both attorneys and their firms as they strive to protect and defend the private property rights of Arizona and Maryland landowners,” said Cathy Newman, Owners’ Counsel of America Executive Director.