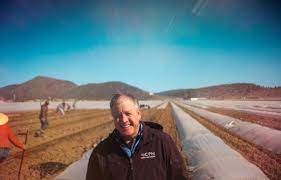 The U.S. Supreme Court ruled today in Cedar Point v. Hassid  that California’s “access regulation” law allowing union organizers to enter agricultural property for a certain amount of time without the owner’s consent, constitutes a per se  physical taking. In 2015, union activists entered Cedar Point Nursery seeking to encourage farm workers who worked there to join the United Farm Workers union. But the farm owner, Mike Fahner, didn’t give the union permission to come onto his property and wasn’t even made aware they were coming. Worse yet, Fahner wasn’t legally allowed to tell them to leave because of a California law allowing union activists to invade private property to recruit new members. Fahner and other California farmers challenged California’s law in court and their case made it all the way to the U.S. Supreme Court. Click here to read the opinion in its entirety.