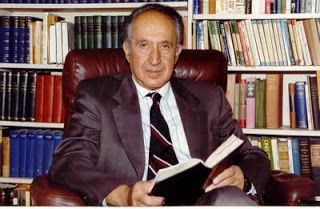 During the conference, Richard E. Pipes, Professor Emeritus of History at Harvard University, will be honored with the 2009 Brigham-Kanner Property Rights Prize. The conference will include panels on Professor Pipes’s property rights scholarship, the psychology of property rights, and the contract clause. The conference concludes with a roundtable luncheon discussion of inverse condemnation comparing regulatory takings with condemnation blight and the Kelo backlash.

Richard E. Pipes is the Frank B. Baird, Jr., Professor of History, Emeritus, at Harvard University. Among his appointments, he served as Director of Harvard University’s Russian Research Center from 1968-1973, as Chairman of the CIA’s “Team B” to review Strategic Intelligence Estimates in 1976, and as Director of East European and Soviet Affairs in President Ronald Regan’s National Security Council from 1981-1982.

There is a $50 conference registration fee, which includes admission to all panels and Saturday’s breakfast and roundtable luncheon discussion. Waiver of the registration fee is available for students. Virginia CLE credit is pending. For a brochure, contact Kathy Pond at (757)221-3796 or ktpond@wm.edu.