Natural Gas Pipeline Easements: An Overview of the Takings Jurisprudence by Andrew Brigham 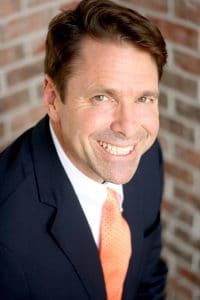 Although the eminent domain power is an attribute of the sovereign, there are instances in which a private licensee is delegated the power for the acquisition of easements necessary to establish a lineal corridor. For the purposes of this article, our examination of the jurisprudence associated with the acquisition of lineal corridor rights takes place in the “laboratory” of the federal district courts in Florida. For it is there that a new interstate pipeline project, known as the Sabal Trail Natural Gas Pipeline, resulted in the filing of approximately 263 condemnation cases for a lineal corridor of some 247 miles needed to construct a thirty-six-inch-diameter pipeline capable of transmitting up to one billion cubic feet of natural gas a day.

In review of these cases, some of which are yet pending appeals before the Eleventh Circuit, we are able to observe how private property rights are regarded when it is a private company wielding the eminent domain power to acquire easement rights, which make servient the estates of owners to a use of property that purportedly diminishes the value of their remainder property due to fear or stigma. Likewise, because some of these cases actually proceeded to jury trial on the measure of compensation, a rare look is afforded as to exactly how, as gatekeeper, a trial judge must often balance between admitting evidence that furthers the owner’s entitlement to a measure of compensation, which includes loss or severance damages resulting from fear or stigma, but preclude evidence where under Federal Rule of Evidence 403 the probative value is outweighed by unfair prejudice or jury confusion. Within this context, evidence as to the existence of fear or stigma is relevant and admissible, while evidence as to the reasonableness of fear or stigma is irrelevant and inadmissible. Topics discussed in this article include:

(a)  the progression of federal courts in condemnation cases under the Natural Gas Act to grant “immediate possession” in lieu of a delegated “quick-take” power;

(b)  the federal courts’ application of state law instead of federal law as the choice of law that controls the measure of compensation;

(c)  the federal courts’ decision to use jury trials instead of commission trials to determine the measure of compensation;

(d)  the condemnor’s use of Daubert challenges to exclude or limit testimony and evidence that is related to severance damages resulting from fear or stigma;

(e)  the condemnor’s objection to the testimony of the property owner as to the quantification of severance damages resulting from fear or stigma;

(f)  whether jury trials result in a “fair” and “just” determination of the measure of compensation.

To read this article in full please refer to the Brigham Kanner Property Rights Journal, [Vol. 8:121]

In one of the first comprehensive court opinions on an issue of national interest, the Pennsylvania Supreme Court rejected business owners’ challenges to the recent shut down orders issued by Governor Tom Wolf in response to COVID-19 on various legal grounds. Ruling that the orders were supported by a compelling public health rationale and were not a regulatory taking of property because they were temporary in nature, the court upheld them. For a full review and analysis of the opinion, click here.

Over the last 40 years, more than 8 million babies have been born through the miracle of in vitro fertilization, creating new love and new families.
But when couples split, what happens to the embryos? Is this a property rights issue or someting else? It’s not an easy question to answer. Connecticut would benefit from a law that provides
guidance. In the meantime, the Connecticut Supreme Court has that question before it. See OCA Member Dwight Merriam’s recent Article on this controversial topic in the Hartford Courant. 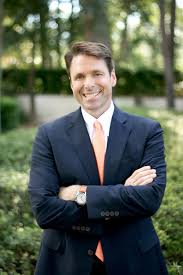 Manatt Triumps in Eminent Domain Lawsuit Against the United States

Owners’ Counsel of America Member Randall Smith represented several landowners who filed damage claims arising from a sewage and sanitation project in New Orleans. After several years of litigation, the New Orleans Sewerage & Water Board has agreed to pay five Uptown stores a total of $2.125 million for physical damages and the loss of business caused by major drainage work done on Jefferson Avenue in recent years.

The settlement, finalized Monday, comes as the S&WB is preparing for trial in a case brought by 275 plaintiffs who allege their homes also were damaged by work on the Southeast Louisiana Urban Flood Control Project, usually referred to as SELA.

Langenstein’s, Discount Corner, Prytania Liquor Store, Prytania Mail Service and British Antiques are among the first plaintiffs to settle claims against the S&WB for damage from the work that turned Jefferson, Napoleon and Louisiana avenues into construction zones for years

The five businesses suffered structural damage, including cracks in their buildings and problems with their foundations, and saw their business drop off because the construction limited access to their locations, said Randy Smith, an attorney representing the stores.

“At the end of the day, the S&WB and its lawyers stepped up and did what was right,” Smith said.